Threats are alarming statements or behaviors that cause concern about subsequent school violence. With the help of law enforcement, education leaders learn to avert school violence by preparing a threat assessment strategy so that when a threat occurs, everyone will know what actions to take. Among the possible components of threat assessment strategies are the following:

The team will be responsible for assessing the credibility of threats and the required response. School and school district administrators, legal counsel, and representatives from law enforcement comprise the School Threat Assessment Team. It might also include security personnel, mental health professionals, threat assessment experts, and any other person who could contribute in a meaningful way. Normally, the permanent members of the threat assessment team would also serve on the school site safety and violence prevention committee, the crisis planning team, and the crisis management team.

2. Defining The Nature And Scope Of Threats

What are the types of threats that should and should not invoke the involvement of the threat assessment team? These could include any of the following – bomb threats, threats against children by parents and/or guardians in custody battles, personal vendettas between students or gangs, threats against teachers or staff involved in domestic conflict, threats of retaliation, efforts to intimidate, and any other type of alarming behavior that involves members of the school community or its property. Focus on threatening behavior, not just verbalized or written threats.

To ensure that reports of threats submitted from both inside and outside the school are routed to the appropriate administrator and investigated, make sure to set some guidelines for the threat assessment on how to complete this process.

5. Focus On Individuals’ Thinking And Behavior

These are key indicators of their progress on a pathway to violent actions. Avoid profiling or basing assumptions on socio-psychological characteristics. In reality, accurate profiles for those likely to commit acts of targeted violence do not exist. School shootings are infrequent and most people who happen to match a particular profile do not commit violent acts. In addition, many individuals who commit violent acts do not match their profiles.

6. Focus On Individuals Who Pose A Threat

Many individuals who make direct threats do not pose an actual risk, while many people who ultimately commit acts of targeted violence never communicate threats to their targets. Before making an attack, potential aggressors may provide evidence they have engaged in thinking, planning, and logistical preparations. They may communicate their intentions to family, friends, or colleagues, or write about their plans in a diary or journal. They may have engaged in attack-related behaviors: deciding on a victim or set of victims, determining a time and approach to attack, and selecting a means of attack. They may have collected information about their intended targets and the setting of the attack as well as information about similar attacks that have previously occurred.

10 Key Questions To Guide The Assessment Of The Threat:

1. What motivated the individual to make the statement or take the action that caused him or her to come to attention?

2. What has the individual communicated to anyone concerning his or her intentions?

4. Has the individual engaged in attack-related behavior, including any menacing, harassing, or stalking-type behavior?

5. Does the individual have a history of mental illness involving command hallucinations, delusional ideas, feelings of persecution, and so on, with indications that the individual has acted on those beliefs?

6. How organized is the individual? Is he or she capable of developing and carrying out a plan?

7. Has the individual experienced a recent loss or loss of status, and has this led to feelings of desperation and despair?

8. Corroboration: What is the individual saying, and is it consistent with his or her actions?

9. Is there concern among those who know the individual that he or she might take action based on inappropriate ideas?

10. What factors in the individual’s life and environment might increase or decrease the likelihood of the individual attempting to attack a target?

Every second counts during an emergency. Activation needs to be easy, convenient, and quick to get help where it needs to be as fast as possible.

HAVRION’s ALERT system is a standalone software-based panic button that is ready for activation 24/7, from any mobile device with IOS or Android.

A law requiring public schools to install silent panic alarms  or an alternative mechanism approved by the DOE.

Pushes event and attendance updates in real time to let emergency managers know who is safe and who needs help.

Activates emergency alerts through physical or digital panic buttons with a direct connection to first responders.

Integrates with automated sensors to detect threats in the environment and then sends actionable notifications through the mobile app.

ALERT can be activated by anyone in the building through the mobile panic button app or through a physical panic button. Teachers, safety officers, student monitors and employees are all equipped to call for help. 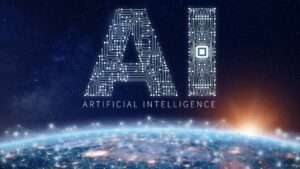 5 Uses of AI in Emergency Management

Here are 5 ways that AI can advance emergency management and send help to the right place and at the right time. 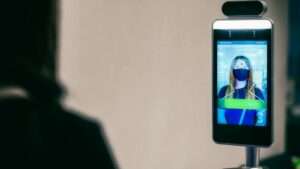 How Thermal Scanning Works in Schools

Here are a few tips to efficiently roll out thermal scanning technology and prevent the spread of Covid-19 transmission in schools. 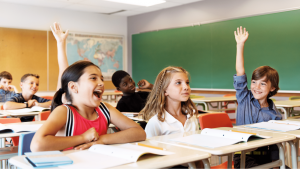 10 Strategies For A Safe And Supportive School Environment 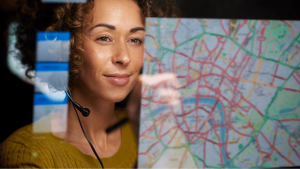 Rapid and efficient emergency management is a challenge that communities constantly face. Thankfully, Information Technology – the use of systems for storing, retrieving, and sending